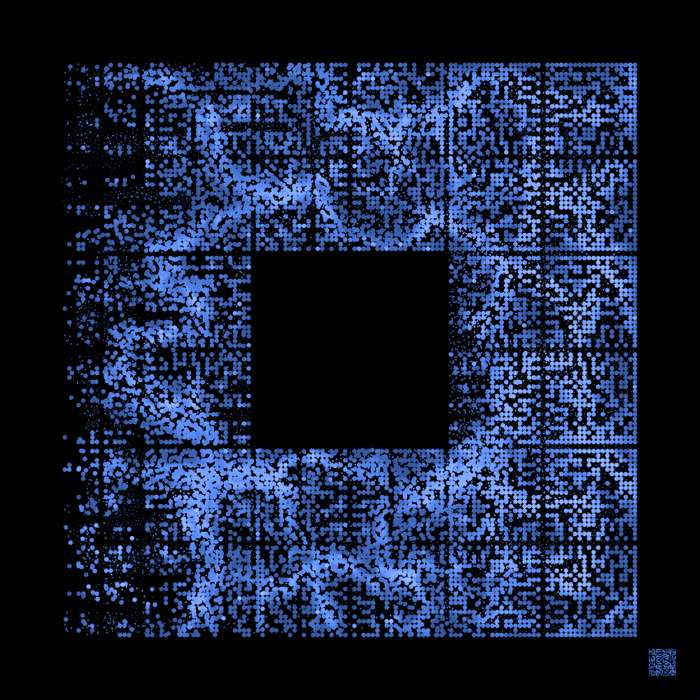 Following on from his acclaimed 2017 debut album and an accompanying EP that relaunched the legendary British label, Novamute, Nicolas Bougaïeff presents a three track EP on Max Cooper’s Mesh imprint out June 21st. ‘Dust’ borrows its name from a short story by Greg Egan, in which a future scenario grants humans the ability to duplicate their consciousness as software, thus experiencing immortality.

Inspired by this narrative, Nicolas decided to focus on the experiences of the main character, who observes himself becoming increasingly disordered in his surroundings. As such, the EP is equal parts exhilarating and disturbed, taking references from melodic techno and distorting them into new forms amongst vast, unfamiliar landscapes.

‘Dust’ presents a glitchy melodic lead which unravels itself through 7 minutes of sudden volume changes and expansive acoustics. ‘Bremsstrahlung’ deconstructs the components of a hypnotic techno track, repurposing them into a tense framework. ‘Dust Theory’ morphs the theme from the title track into an abstract cocktail of ambient wanderings and harsh noise pollution.